In advance of its 110th anniversary party, Harley-Davidson is unveiling eight models retooled with what it calls Project Rushmore features.

Harley-Davidson Inc. on Monday is unveiling 2014 touring and trike motorcycles, developed under the name Project Rushmore, that have liquid-cooled engines and touch-screen electronics more akin to luxury automobiles.

Eight models were retooled and enhanced under Project Rushmore, making it the largest new model launch in Harley's history, the company says. The new bikes are being unveiled as Harley plans to celebrate its 110th anniversary in Milwaukee over Labor Day weekend.

"This is beyond anything we've ever done, " Harley spokesman Matt King said.

The Rushmore cycles are the first to come under a new product development initiative, announced four years ago, that aims to bring new bikes and features to the marketplace faster.

"Project Rushmore is the overarching name we are using for this family of bikes, " King said.

New features include the first liquid-cooled engine for a Harley-Davidson touring bike, integrated front and rear anti-lock brakes, integrated audio, communications, navigation and vehicle information in a single electronic touch screen, five-way joy sticks on the left and right motorcycle hand controls for most of the system's functions, and a more comfortable passenger seat.

Linked braking, where braking with the front and rear wheels is synchronized, is activated at speeds above about 20 miles per hour. At highway speeds, the system will automatically calculate the amount of braking that's necessary under the existing conditions.

The company's styling team influenced every aspect of the makeover, with considerable input from customers.

"When we got this assignment, we knew that we were messing with the Holy Grail of motorcycles, " said Brian Nelson, lead stylist on Project Rushmore.

"We don't do trend bikes or fashion-statement motorcycles. We try to make something that will last forever. But we also have an obligation to move the brand forward, to make it look and function better, " Nelson added.

The bikes, and other changes in Harley-Davidson's motorcycle lineup, are being unveiled at the company's dealership meeting in Denver. 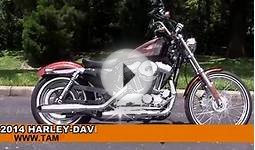 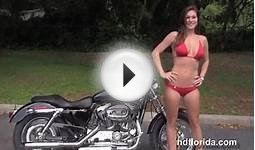