This is the all-new 2015 Honda Africa Twin in production form, just covered in dirt and fractalized camo. Why should you care? It just re-invented the adventure motorcycle class with honest-to-god, dirt-focussed performance.

Honda is staying tight lipped about the new bike, just rolling it out at today's EICMA motorcycle show in Milan between an old Africa Twin from the '90s and their current CRF450 Rally Dakar racer. The only information reads: 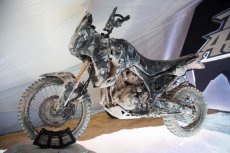 Inspired by both Honda's fantastic heritage in adventure motorcycling and our recent Dakar program, the True Adventure Prototype captures the product direction as Honda seeks to expand its presence in the Adventure segment. 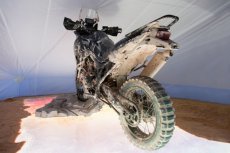 This prototype has been developed to deliver outstanding off-road capability, and could provide the basis of a true round-the-world motorcycle. It's influenced by the current Team HRC and the CRF450 RALLY.

What you're looking at is a 1, 000cc, liquid-cooled parallel-twin motor housed in a steel tube cradle frame. Its seat is long and slim, allowing the variable body positions required by real dirt riding, but still looks wide and cushioned enough to facilitate long-term comfort. That seat continues a long ways forward, up onto the dirt bike-style tank. Will that small tank give it a limited fuel range? Our sources say no, because the airbox is moved outboard of the frame, behind the left side plastic. Traditionally, that airbox lies below the fuel tank, eating up much of its potential volume.

Notice anything missing? Look closely. Closer still. That' right, there's no clutch lever. That's because the CRF1000L (as it will also be known) is equipped with a Dual Clutch Transmission.

Wheels are dirt-spec 21-inch (front), 18-inch (rear) spoked items, mounted with TKC80s, the most dirt-capable adventure tires out there.

Price, performance, weight and on-sale date? Honda literally gave no details about this bike, but it's clearly being shown in mud-splattered production form, so we shouldn't have to wait too long to finally get our hands on an ADV actually capable of adventure. 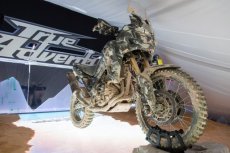 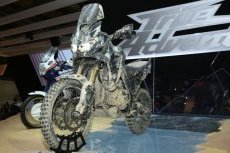 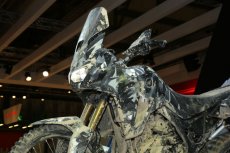 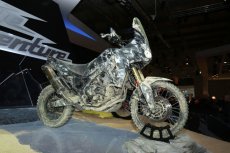 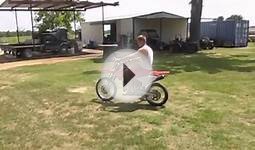 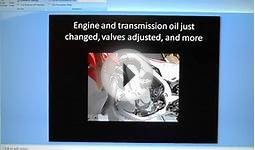 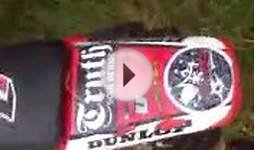 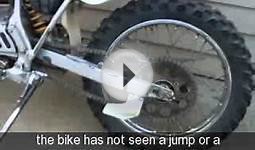