Revealed! 2014 Harley-Davidson Street 500 and Street 750 All-new Harley takes it to the streets in its quest for young urban buyers June 8, 2015 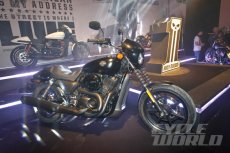 The night before the EICMA motorcycle show in Milan officially opened its doors to the press, Harley-Davidson took the wraps off its first all-new model in 13 years: the 2014 Street, which will be available as a 500 and a 750 when it goes on sale in the U.S. this spring, priced at $6, 700 and $7, 500 respectively. In short, the new Street is a liquid-cooled bike aimed at young urban buyers around the world, a model that Mark-Hans Richer, Harley’s senior vice president and chief marketing officer, called “our path to the future.” Given that heady responsibility, the attractively priced Street—which will be built at Harley plants in Kansas City (for the U.S., Canada and Mexico) and India (the rest of the world)—deserves a close look.

Let’s start with the engine, a liquid-cooled 60-degree V-twin whose chain-driven single overhead camshafts operate four valves per cylinder via roller rockers with screw adjusters. Called the Revolution X, this all-new powerplant, with a vertically split crankcase and plain bearings, is a modern design that traces its lineage back to the V-Rod of 2001. Jeff Coughlin, Harley’s chief powertrain engineer, says a 60-degree design was chosen to help reduce the height of the wet-sump engine, which helps keep seat height and center of gravity low, important considerations given that the Street is seen as a first bike for many potential customers.

Separate aluminum cylinders are fitted with pressed-in iron liners, and the only difference between the 500 and 750 versions, which share a 66.0mm stroke, is the bore. The 500’s is 69.0mm, which makes for an actual displacement of 494cc. The 750’s bore, at 85.0mm, makes for a displacement of 749cc. Redline for both engines is 8, 000 rpm, and peak power for the 750, though not officially announced, was said by one Harley rep to be 54 hp at 7, 500 rpm, with 44 pound-feet of peak torque arriving at an unspecified rpm. A single balance shaft keeps the V-twin from shaking too much, and a six-speed transmission works with Harley’s familiar belt final drive. 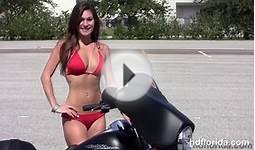 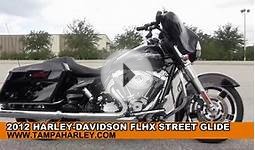