Finally, no more letters from guys incensed we didn’t include the ST1300 in the last sport-touring comparison! Spy photos of what looks like Honda’s new CTX700, but packing what appears to be the longitudinal V-4 from the beloved ST, appeared in the CW inbox last week. The bike in the photos has a clutch and gearshifter, but it only makes sense that Honda would produce a DCT (dual-clutch auto transmission) version of this one too, given that many of the people who expressed “excitement” over the CTX700 were guys with bad hips, blown-out knees and/or missing limbs. Instead of ST sport-touring ergos, as you can see, the CTX gets cruiseresque ones and a low seat height that’s easier for many Americans to deal with. Unlike the CTX, that 1261cc fuel-injected V-4 will provide the kind of acceleration the CTX700 can only dream of, but without its excellent fuel mileage. The shaft drive was already in place. Add triple disc brakes, hard bags, etc., and you’re looking at another completely different bike from Honda, which really is into blowing up boxes lately. We’ll know a lot more details soon. 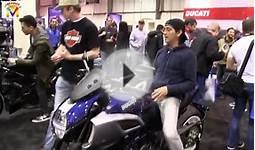 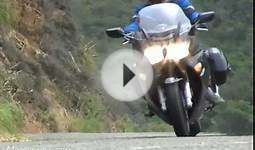 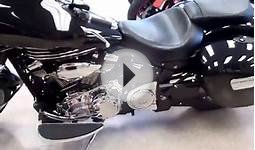 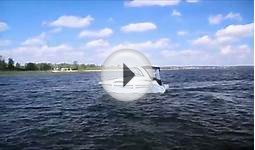 @Mark Lawson: Teenager discussing scooters so explained the many fine points of the Honda C90. 85m or so about but surprising few for sale nr Stroud. Sat, 30 May 2015 04:54 PM