Kawasaki side by side Jet Ski

The Jet Ski® Ultra® 300X is just the thing for you power junkies out there. This, the most powerful Jet Ski ever built, packs 300 horsepower1 and its deep-V hull offers both stability and cornering performance. Not only is the 300X a great performer, but it also packs the things you need thanks to its 54-gallon storage bin under the front cowl.

As befits Kawasaki’s top-shelf performer, the Ultra 300X has been thoroughly redesigned for 2011, from nose to jet pump and everything in between. Power and thrust are key ingredients in the Ultra 300X package, and the thoroughly massaged, 1, 498cc inline-four DOHC engine supports that recipe like no other.

The big news for 2011 is the use of an all-new supercharger, one that’s two steps beyond the abilities of the roots-type unit fitted to previous X-model Jet Ski watercraft. Roots-type superchargers are known as fixed-displacement units, which produce large quantities of boost at all rpm levels, even right off idle, for a flat torque curve and usable, step-free power across the rev range.

Besides the all-new and high-tech supercharger, there’s new technology in the form of Kawasaki’s Electronic Throttle Valve system. Thanks to this system, the 300X boasts a range of riding modes, including the Smart Learning Operation mode, which allows newer riders to become familiar with the 300X at a more relaxed pace. This is done via separate keys that dictate power to the ECU. 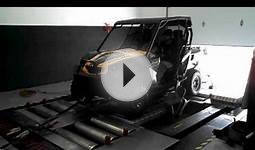 Kawasaki canam 1000cc side by side 62wheel hp 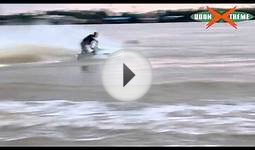 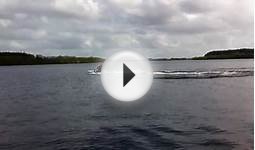 Kawasaki 650SC Jet Ski side by side