Sometimes, a little news can be almost as useful as big news. That’s Kawasaki’s thinking, at least, regarding the 2015 Concours 14. The “Connie” motors into its eighth season endowed with only a few relatively minor upgrades. This means it has not been substantially changed since an update in 2010. Overall, in fact, the basic Concours remains very much the same machine it was when launched in 2008.

So, while competing brands during those years have been cranking out ever more sophisticated sport-tourers—with features such as electronically adjustable suspension, multi-level power modes, GPS receivers, AM/FM/MP3/iPod sound systems, heated seats and more—the Concours has pretty much remained status quo, not even offering cruise control.

A fair criticism, says Kawasaki’s management, but all those features cost money, which has sent the asking prices for those more lavishly equipped sport-tourers soaring skyward. The Concours, meanwhile, is not only the least expensive of the big S-T bikes, the 2015 version goes for just $15, 499, $700 less than last year’s model. That, the company feels, offers riders the opportunity to own a big, very fast and very capable sport-tourer for considerable savings—in some cases, many thousands over some of the costlier models.

Given that most MSRPs either remain the same or increase every year, a $700 price reduction is a real surprise, especially considering that the 2015 Connie incorporates several improvements. These include a six percent lower first gear intended to make dead-stop getaways easier, particularly on steep uphills with a passenger aboard. The rear suspension has been marginally stiffened to better cope with two-up, full-saddlebag loads, and the linked braking system uses a new ABS module that reduces the amount of front-brake bite when the rear brake is applied. The seat was reshaped and covered with an anti-slip material; and although the windshield is no larger than before, it now includes a three-position (two open, one closed), manually adjustable vent claimed to reduce buffeting around the rider’s head.

As I learned when riding the new bike during Kawasaki’s recent 2015 Concours 14 press introduction, that vent indeed works as advertised. With the electrically adjustable windscreen in its highest setting and the vent in either of its open positions, the turbulence and noise around my helmet was dramatically reduced, making the cockpit a much more pleasant living space at higher road speeds. Plus, the vent also reduced the amount of water splattered on my faceshield when riding in the rain. 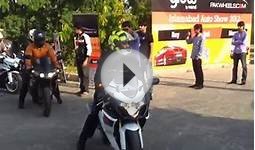 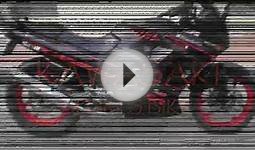 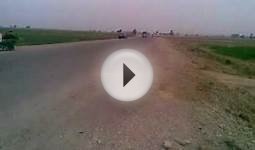 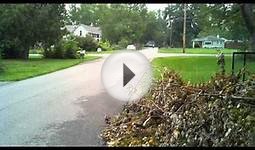