Why Selling Motorcycle Parts on Ebay is No Longer Viable February 1, 2022

This was posted on another website, but it tells the truth we’ve been preaching to people for over a year about the downfall of ebay. That motorcycle parts sellers and riders need to come together and create a site that benefits the motorcycle world. We built the site, I couldn’t work this article any better, so its best that we just share it the way it is:

I posted this at the feedback forum at eBay but it was killed by staff less than a minute later. I should have known. My ID will be toast soon anyway. This was the only other place I thought where my statement might have an impact. Do with it what you will. After Chicago, my only desire is to be heard.

There will be those who will not believe me and I sympathize. I wish the facts were fiction but to deny what I know would be to live in a fairyland of make-believe. I understand that the bulk of this “manifesto” reveals a plot so against the spirit of eBay that it will be dismissed as lie. So be it. I cannot force the world to accept it. All I can do is state the truth as I know it and leave it to you and to your common sense and experience to judge.

The deck is stacked against me. Aside from the natural resistance to believe I know that the boards are stocked with eBay’s tools. Their goal will be to discredit me. I will be accused of being a “disgruntled”, “paranoid”, and “emotional” seller. Their words will be specially chosen for effect. That is part of the function of the tools and I am not fazed by it. However, to protect my own identity within the corporation, I cannot be too specific lest the details single me out to the powers that be.

What I intend to reveal is common knowledge to many in the management division behind the scenes.

By the way, the tools are not only the mouthpieces that promote the policies. The psychological tactics employed by the powers that be are far deeper and grander than that. The subtlety of the method is remarkable. The tools come in a wide range of flavors with their own, individual “characteristic” rhetoric. From those who are “for” the policy – and spread various degrees of hostility toward the sellers – to those who are “against” the change – and spread panic and further the divide with the buyers. Both serve the same exact purpose: a manipulation designed to remove the more involved and savvy small to large sellers who will not fit into eBay’s future business plan.

First, let me correct the record regarding the concept of sellers extorting positive feedback. While the violation was known to happen, the activity amounted to less than a tenth of a percent of the yearly transactions. Further, it involved sellers whose feedback percentages were below 80%. The absolute majority of sellers did not engage in such practices. Nevertheless, the powers that be could not resist the fact that promoting this notion of feedback extortion as a wide-spread phenomenon would be the perfect cover with which to hide the true intentions of the policy. 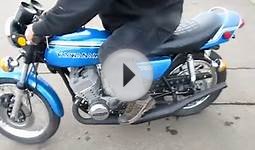 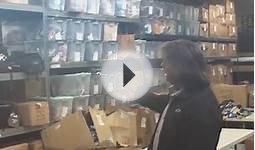 Check out our Deals on eBay tons of motorcycle parts and ...